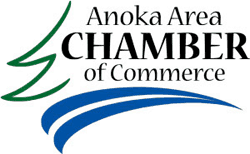 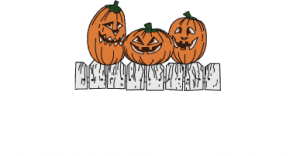 How did Anoka get to be the Halloween Capital?

Anoka, Minnesota is believed to be the first city in the United States to put on a Halloween celebration to divert its youngsters from Halloween pranks. When Anokans awoke to find their cows roaming Main Street, their windows soaped and their outhouses tipped over, they decided something had to be done.

In 1920, George Green and other Anoka civic leaders suggested the idea of a giant celebration. The idea was adopted by the Anoka Commercial Club and the Anoka Kiwanis Club; both giving their full support. In September of that year, a Halloween committee was organized. Working hand in hand were businessmen, teachers from the Anoka public and parochial schools, parents, and students..For weeks before the big event, more than a thousand Anoka school children made plans and costumes for the big event.

A parade was scheduled for the evening. Participants included local and neighboring bands, drum corps, the Anoka police and fire departments, the Kiwanis club, the Commercial Club, and the Anoka National Guard; all working together to make the evening a success. Afterward, hundreds of bags of popcorn, candy, peanuts and other treats were given away to the children who marched in the parade. And, everyone was invited to a large bonfire that was staged at Bridge Square. Celebrations have been held every year since 1920 with the exception of 1942 and 1943 when the festivities were cancelled because of World War II.

By the 1930s, the festivities had expanded as had the attendance at the parades. There were over 2,000 costumed children marching down Main Street. It was estimated that 20,000 spectators lined the streets to watch this night-time spectacle. In 1937, 12-year-old, Harold Blair, donning a sweater embellished with a Halloween Capital insignia, carried with him to Washington, D.C. a proclamation naming Anoka the Halloween Capital of the World.

Anoka’s Halloween celebration continues to be world class. Participation in the night parade and Grand Day parade has grown to include units from all over the midwest. The original concept of having costumed students parade down Main Street continues on as well on the Friday preceding the Grand Day parade. Anoka residents can watch their grandchildren or great grandchildren continue the tradition they started so many years ago.